From a musical family who have all left a mark on the local scene, Tony's jazz laced guitar riffs, deep groove, and gritty, soulful voice are an integral part of The Klick.

Watching and listening to his older brothers and their bands growing up gave Tony a solid foundation musically, and add a couple of years at the University Of Miami studying music and performance, and then the last 25 years or so working with area bands too numerous to name here, it's easy to understand where his repertoire of infectiously interesting fretwork and bluesy, raw vocal prowess come from.

Greg Gilmore is a published, award-winning composer and keyboard player from Rochester, NY. He has played in numerous local and regional bands including Reporter, Network (with members of Duke Jupiter), Heritage, Me & the Boyz, Goodness, and his original Jazz Fusion band - Hard Logic.

He has shared the stage with REO Speedwagon, Meatloaf, Marshall Tucker, Rickie Lee Jones, Alex Skolnik, Big & Rich, and the late Phoebe Snow among others. He appeared on the National TV show Star Search with the band Reporter in the late 80's and in 2008 took 1st place in the Billboard World Songwriting Contest in the Jazz Category for his song 'Crudites' which was co-written with sax player Paul Deloria.

His songs have been played on over 100 Radio and Internet stations around the world and have reached the top 10 playlists in 3 major markets in the U.S. In addition to playing music, Greg is a software programmer and an experienced studio engineer.

Ron D'Angelo was born in Philadelphia, raised in Pottsville, PA, and has been living in Rochester since 1988. He has recorded numerous radio/TV jingles and has played lead trumpet for Aretha Franklin, Johnny Mathis, The Four Tops,The Temptations, Gap and Chuck Mangione, The O'Jays, Bobby Vinton, Connie Francis, Martha & the Vandellas, Josh Groban, Joan Rivers, the Eastman Jazz Ensemble, and Royal Cruise Lines. He has also performed with Natalie Cole, The Woody Herman Orchestra, David Clayton Thomas, and Frank Sinatra, Jr., and played the jazz trumpet chair on the PBS special, An Evening with Michael Civisca. Ron holds degrees from the University of Rochester and Syracuse University, and attended Berklee College of Music.

Quinn earned his bachelors degree from Eastman School of Music and a Masters Degree from University of Cincinnati College Conservatory of Music.

David Pinto is originally from Smithtown, N.Y. (on Long Island), but has been a resident of the Rochester, N.Y. area since 1993, except for a four year break during which he attended Berklee College of Music in Boston.

After some early formal lessons, he remained self-taught until attending Berklee in 1999, graduating in 2002 with a BS in Electric Bass Performance. While in Boston he studied with Bruce Gertz (Bill Frisell, Mike Stern, Jerry Bergonzi), John Patitucci, Danny Morris (Bo Diddley, Robben Ford) and the legendary Charlie Banacos.

After leaving Berklee, David relocated back to Rochester and has since been associated with many regional acts in a variety of genres, including jazz, funk, rock, latin and big band, in addition to doing recording sessions and working in pit orchestras. In addition to The Klick, his primary project has been Hard Logic, an all original jazz-fusion band.

Born in Rochester, NY, Billy's musical journey started out somewhere around the age of four when he discovered the piano at his aunt's house. By the time he turned eight his musical focus had shifted (much to his parent's dismay) to the drums.

Throughout the 70's and 80's Billy played in a number of local Rochester bands including The Neil Marvel Goodtime Band, Sweet Feelin', Last Exit, Yankee, Frontline, and Lickety Split. In 1985 Billy left Rochester and spent many years living and touring out of Nashville.

As a session player in Nashville, he regularly worked with bass players Dee Murray, Willie Weeks, and Bob Babbitt. In addition to session work, Billy was the drummer for Ricky Van Shelton, Dave & Sugar, and toured with Reba, The Judds, Alabama, Randy Travis, Clint Black, Highway 101, Lee Greenwood, Alan Jackson, Willie Nelson, George Jones and many others. In addition to touring, Billy played on several TV shows for The Nashville Network including Nashville Now (the old Ralph Emery program), The Grand Ole Opry, and Hee Haw and also appeared on The Tonight Show with Johnny Carson, The Grammy Awards, Austin City Limits, The Country Music Awards, The American Music Awards, and The Peoples Choice Awards programs. Recently, Billy was the drummer/band leader for up-and-coming Nashville Artist, Sean Patrick McGraw and the founder of the band Goodness.

Billy continues to work as a session player here in Upstate New York having played on sessions for Russell Thompkins Jr., Jackie Gore, Krista Marie (The Farm), Claudia Hoyser, Kate Lee (O'Connor Band), and many others.

Billy is endorsed by DW Drums, Sabian Cymbals, Evans Drumheads, Vater Sticks, KAT Electronics, and Tune-Bot. He is also a regular contributor to the Drum Forum, an international online community of drummers.

The Klick hails from Rochester, NY and plays a Jazz-Infused mix of Funk, Soul, Pop, and R&B. The band boasts some of Rochester’s finest musicians including current and past members of Hard Logic, Prime Time Funk, Goodness, and Vanishing Sun just to name a few. The infectious groove they lay down, along with their unique selection of material and creative arrangements, has people smiling from the first note all the way to the very end of every performance. 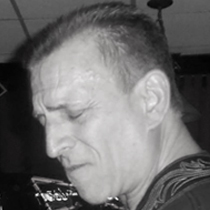 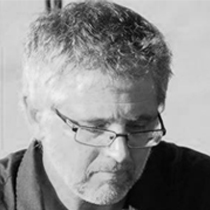 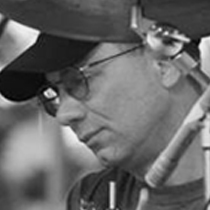 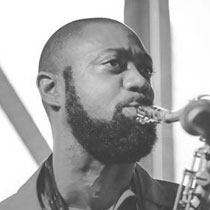 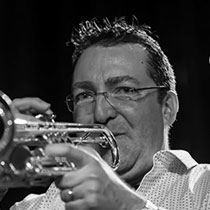 "We saw your band last weekend and loved it! You guys are so much different than all of the usual local bands we see when we go out. We'll be sure to see you again. I just signed up for your email list."

"Your band sounded great last night. I just loved all the songs you picked. There were some I knew and some I didn't but they all sounded great. I think you guys are my new favorite local band. Loved it!"

"Awesome! Caught you guys at Sticky Lips the other night and was blown away. Not at all what I expected. I will definitely be out to see you again."

"Wow! Just Wow! We were out for dinner and were just getting ready to leave when your band started. We ended up staying until you guys quit."

"We heard your set last night at the Jazz Festival. You guys were on fire!"

This is where we can be seen and heard

Check out our latest video!

Putting this recording and video together during COVID-19 social distancing was both challenging and rewarding. With all of the turmoil and division that surrounds our lives and dominates our news, it's important to remember that it takes Every Kind of People to make the world go round.

Check out our latest tracks!

Klick Here To Email Us